CHICAGO - Illinois residents who meet the criteria can expect tax rebates as soon as Monday, a Chicago business says it can't coexist with new venue the "Salt Shed" due to noise, and a teen was brutally attacked at a suburban high school football game: here are the top stories from FOX 32's Week in Review.

Illinois residents who meet criteria to be issued tax rebates

A number of Illinois residents could be receiving a tax rebate soon.

2. Chicago business says it can't coexist with 'Salt Shed' due to noise The Salt Shed, the new music venue at the old Morton Salt facility along the Elston Industrial Corridor, kicked off its inaugural summer concert series this past month to the delight of outdoor music lovers. But — there is a nearby production house with a very rich Chicago history located right across the river that said the noise level is threatening its entire business model.

The Salt Shed, the new music venue at the old Morton Salt facility along the Elston Industrial Corridor, kicked off its inaugural summer concert series this past month to the delight of outdoor music lovers. 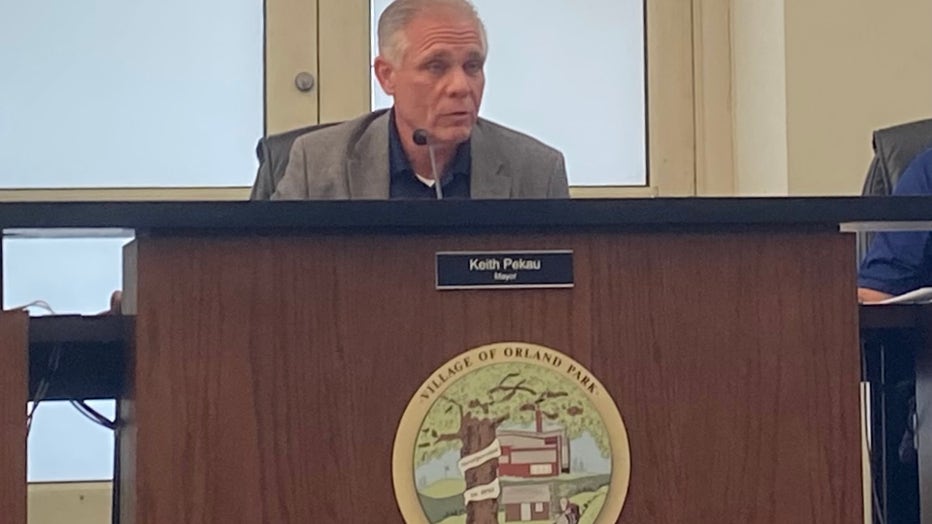 4. Teen brutally attacked at suburban high school football game, video shows A viral video at a high school football game has an Illinois school district changing up its policies for students. The school district says the teen was taken to the hospital, treated for concussion symptoms, and the video is now the subject of a police investigation. Superintendent of Rich Township High School says despite how bad the video looks, violence is down inside the school.

A viral video at a high school football game has an Illinois school district changing up its policies for students.

5. Trio stole kid's boots from Oak Brook store, rammed squad car and led cops on high-speed chase: prosecutors Bond was set Wednesday for three people who led police on a high-speed chase after they allegedly stole merchandise from a Nordstrom Rack near the Oak Brook mall. Doniesha Chew, 23, Terrance Reed, 37, and Jacquay Shines, 25, were each charged with one count of burglary, one count of aggravated assault with a motor vehicle, one count of criminal damage to government supported property and three counts of aggravated fleeing and eluding a police officer, the DuPage County state's attorney's office said. 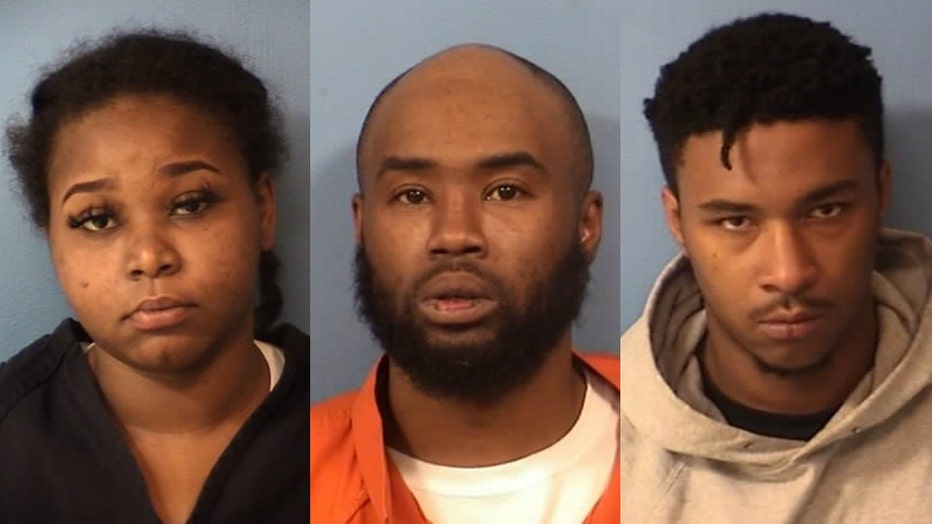 6. Chicago man charged after security witnessed him smoking while loading a gun on CTA train A Chicago man has been charged with loading a gun while riding a CTA train Sunday night. Marvin Floyd, 31, was charged with one felony count of armed habitual criminal and one felony count of unlawful use of a weapon. According to Chicago police, private security witnessed Floyd on a CTA train smoking and loading a weapon. 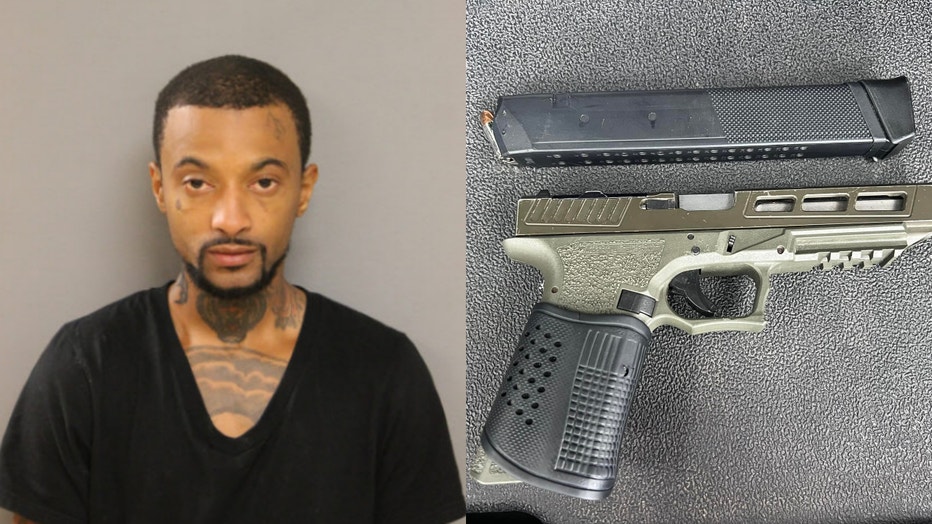 7. Man beaten by group of 6 people, then shot on Chicago's South Side: police A 19-year-old man was beaten and shot Monday afternoon in Chicago's New City neighborhood. Around 3:47 p.m., police say the victim was near the street in the 4400 block of South Wood Street when a group of six unknown men approached him and began to beat him. One of the suspects then pulled out a gun and shot the victim in the chest and back, police said.

8. Speeding Corvette was ‘showing off’ with another Corvette before fatally striking woman, witness says Shawman Meireis was visiting Chicago with her boyfriend, on her way to a late dinner, when two Corvettes came racing toward her on Cicero Avenue near Midway Airport. They were cutting off each other and weaving through traffic until one of them hit a car and careened into Meireis as she crossed the street early Sunday, according to police and witnesses.

A woman visiting Chicago with her boyfriend was killed when a speeding Corvette careened into her while "showing off" with another Corvette and cutting through traffic, according to police and witnesses.

9. 2 men charged in South Side Chicago murder A Chicago man and an Oak Lawn man have been charged in the murder of a 31-year-old man in the McKinley Park neighborhood earlier this week. On Monday, police say 18-year-old Julius Hernandez and 20-year-old Byron Queijeiro fired shots at two other men who were inside a vehicle in the 3700 block of South Paulina Street around 7 p.m. 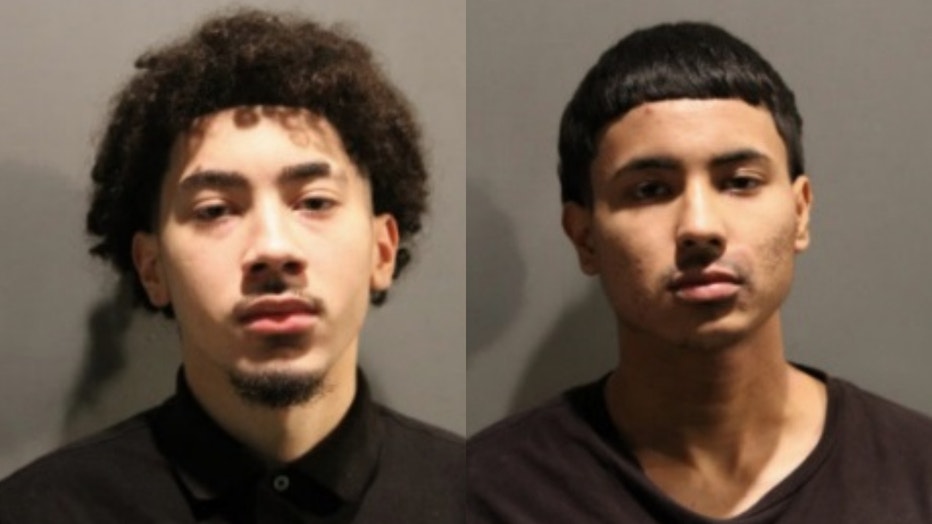 10. Grand Jury indicts Chicago police sergeant after video showed him kneeling on teen in Park Ridge A Grand Jury indicted a Chicago police sergeant Thursday on the offenses of aggravated battery and official misconduct after video surfaced earlier this summer showing the officer kneeling on a teen in Park Ridge. Sgt. Michael Vitellaro, 49, faces felony counts of official misconduct and aggravated battery in connection with the July 1 incident, according to the Park Ridge police.