In the shadow of the Chicago skyline, something you can't teach is being grown. In a FOX 32 special report, Natalie Bomke highlights a program which is cultivating life skills for students with disabilities. 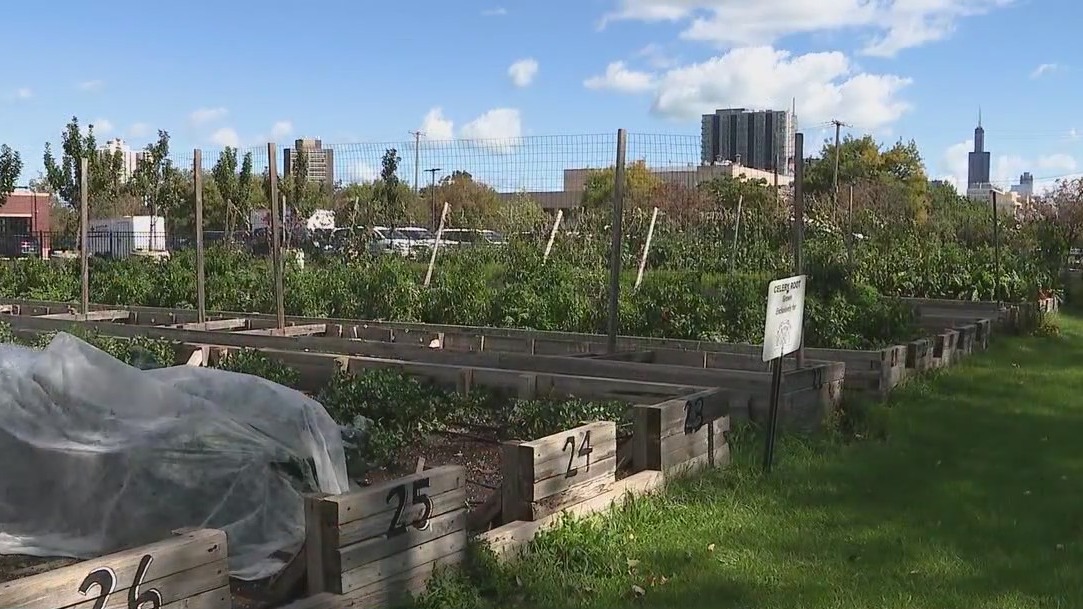 In the shadow of the Chicago skyline, something you can't teach is being grown. In a FOX 32 special report, Natalie Bomke highlights a program which is cultivating life skills for students with disabilities.

The carjackings happened on Thursday and Friday nights just a few blocks apart.

A woman was shot and seriously wounded early Friday in the Tri-Taylor neighborhood on Chicago's Near West Side.

A man was shot and wounded while traveling in a vehicle Tuesday morning in the Tri-Taylor neighborhood.

Chicago police are looking for two men who have stolen (or tried to steal) ATMs from businesses in the Garfield Park, West Town, Avondale, Humboldt Park, Austin and Tri-Taylor neighborhoods on at least ten occasions.

Police are asking for the public's help in locating a man reported missing from the Tr-Taylor neighborhood.

Thousands of dollars worth of shoes and clothes were stolen from a Chicago business overnight.

The owner of the shop said the value of the stolen items is likely around $40,000.

Laila Weaver was last seen on West Flournoy Street near South Washtenaw in the Tri-Taylor neighborhood. She was wearing a blue hooded jacket over an Army fatigue jacket, red shirt and jeans. She was carrying a purple furry backpack.

A 17-year-old boy is facing a felony charge in connection with an armed carjacking this week in Tri-Taylor on the Near West Side.

Raekwon Drake is being charged with murder after allegedly shooting a 26-year-old man to death in the Heart of Chicago neighborhood.

Two men attempted to steal an ATM from a restaurant Saturday morning in Tri-Taylor on the Near West Side.

ANOTHER CHILD SHOT: A 13-year-old girl was shot in the leg in Chicago's Tri-Taylor neighborhood on Saturday afternoon.

Six men face charges after a crowd allegedly tried to free a man being arrested Wednesday night at a Lawndale memorial service attended by about 100 people.

Five people are in custody after a crowd tried to free a man who was detained while police dispersed a memorial service Wednesday in Lawndale on the West Side.

He may not have grown up in Chicago or played for a Chicago team, but fans near a United Center bar and beyond were grieving for Kobe Bryant Sunday night right along with fans in L.A.

Arturo Negrete, 26, was charged with one misdemeanor count of DUI, Chicago police said. He was also cited for failure to yield the right of way and operating an uninsured motor vehicle.