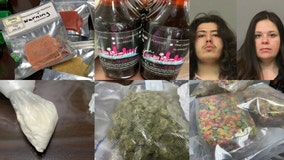 The grandmother of a northwestern Indiana man charged in a knife attack on her and her husband said it was like a “horror movie” when their grandson allegedly grabbed a butcher knife and began stabbing them.

Two people were injured in a crash Sunday after leading police on a chase from northwest Indiana to the south suburbs.